A "Toast" to Toast

On a random afternoon, I ventured out in search of food and booze.  With plans later in the afternoon in Downtown Norfolk, I decided on Toast.  To be honest, it was their home-made Ginger Beer (which happens to pair well with Bourbon) that led my thirsty self there. 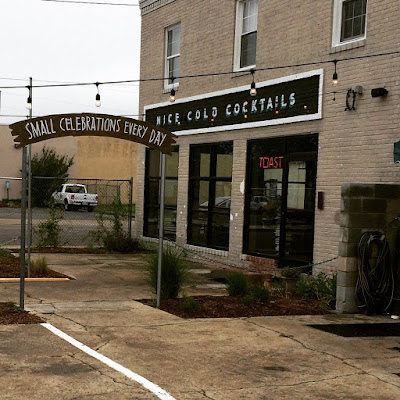 Toast is one of three restaurants owned by local restaurateurs, including the other Norfolk institutions - Handsome Biscuit and Field Guide.  All three restaurants are very unassuming and focus on good, quality grub and drink.  And its worth mentioning that creativity is at the top of the list in terms of qualities of the menu and kitchen. 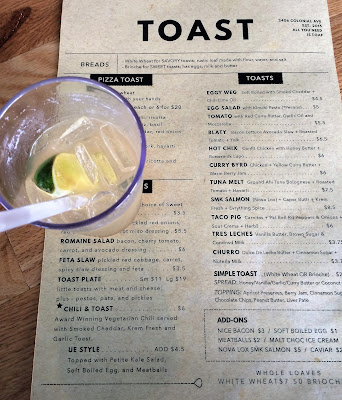 In addition to the Bourbon and Ginger Beer cocktail I enjoyed, I was pleasantly surprised at the deliciousness of the Bartender's recommendation - the Tuna Melt.  Not your ordinary Tuna Melt though - this one is Ground Ahi Tuna Bolognese with Roasted Peppers and Havarti sitting atop a piece of toast.  With edible flowers!  At least I hope they were cause I ate 'em along with every last thing on the plate. 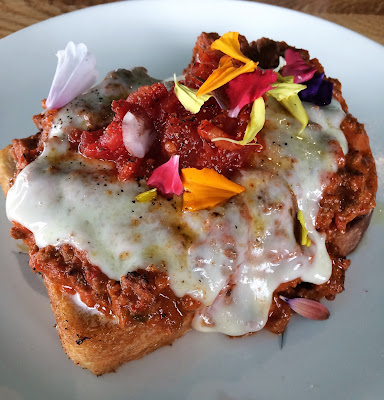