Riley died a month ago today and the pain is just as sharp and gnawing as it was that day. He lived 12 years and 3 months.  If he were here right now, he’d be laying on his bed on the front porch, looking out over the farm, and every now and then, looking up to make sure I was still there with him. 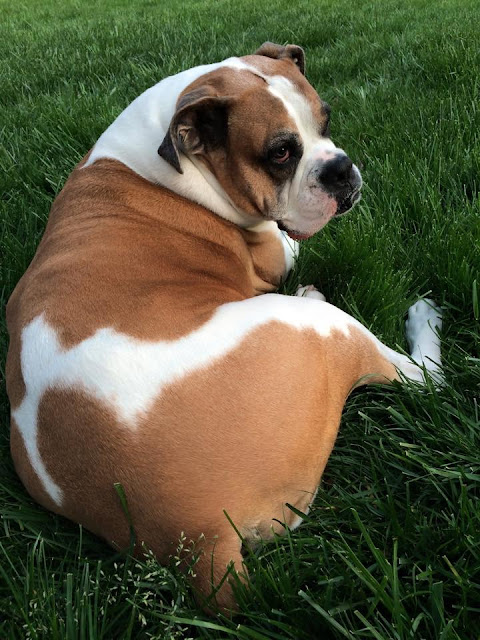 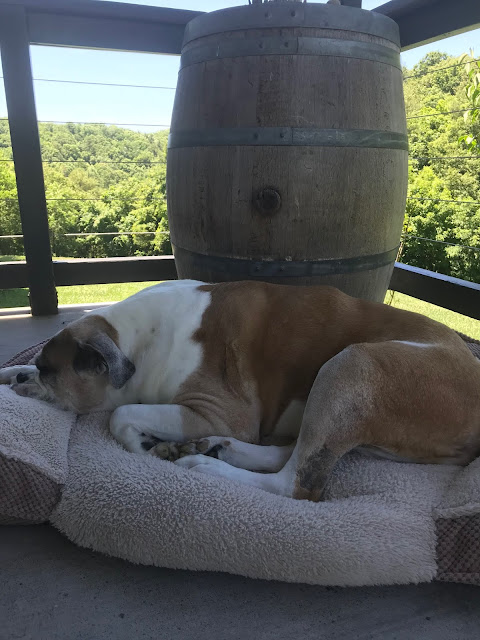 Even when he was tired and hurting, he always chased anything he saw in the yard - squirrels, badgers, birds, Peter and Paul (the rabbits) or Fuzzy and Big Momma (the deer) .... even on his last day with us. He was a fierce protector. Every morning when he got up and last thing before he went to bed at night, he would go outside and bark his “battle cry”. He warned them, and he protected us. 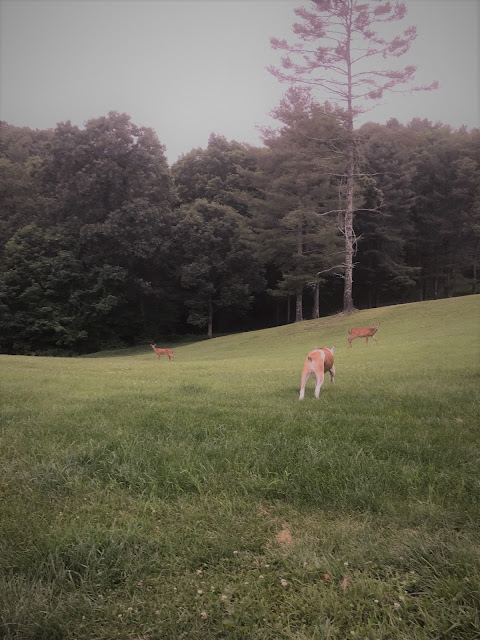 He was the great protector. He served that role as the man of the house when Ronnie deployed countless times. I can still remember so vividly Ronnie whispering in Riley's ear, seabag in hand as he walked out the door, “Take care of your Momma.” 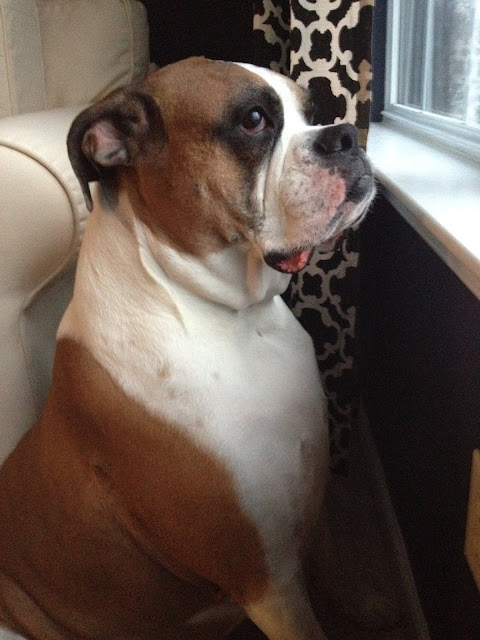 We miss him every day and the house is so empty without him. His dog food is still in the pantry, his biscuits are still in the cabinet. The steps Ronnie built for him years ago, are still sitting beside the bed. It’s still too difficult to let those things go. It nearly broke us having to let him go. 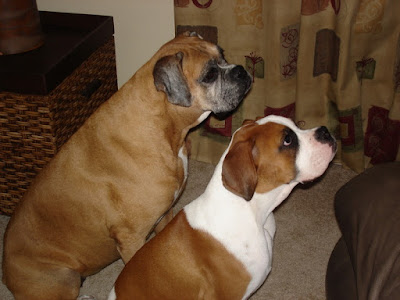 I will never forget as a puppy, how much he tormented my Shelby. And how I blamed him for every accident in the house, even though in my heart I knew Shelby was the one. I loved Shelby at first sight and while it took a little longer with Riley, the love I had for him was unequivocally the same.  Shelby was our philosopher and Riley was the clown.  He was so goofy in the way he ran and played.  His hips and knees and back were full of arthritis, even at a young age, and I think that played a large part in him wanting to comfortably sit in someones lap or in a chair, just as a human would.  As much as he was a clown, we called him Sir Riley because of how regal he sat in a chair. 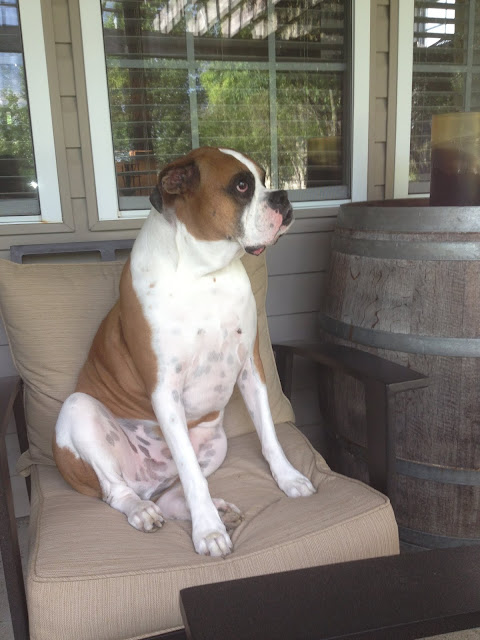 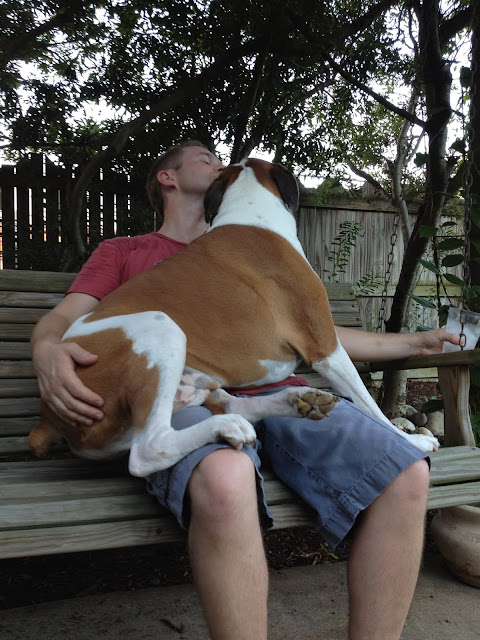 We moved to the farm with Riley almost 2 years ago. And it is, and always will be, one of my favorite things to remember seeing him free on the farm. No more cars or people passing by to watch through the window, no more leashes. No constraints, just freedom. I relished our walks on the farm. We’d start the walk off together and then, he’d wander wherever he wished, joining me again at the end of the walk. Panting and sometimes limping, the look on his face saying, “Wasn’t that fun, Momma?” 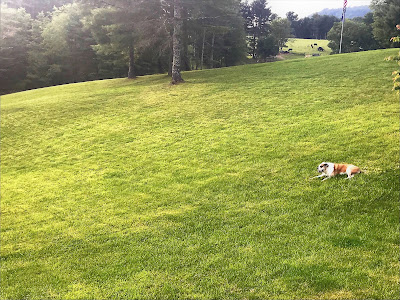 As he aged and before the seizures began, he became my shadow. Very clingy, he barely let me out of his sight. When I walked out of the room, he barked incessantly until I came back. In my heart, I knew his time with us was coming to an end.  But when he started having seizures in April, we knew it wasn't good. But, just as with every illness or injury in the past, he’d seemingly bounce back. A tumor on his brain became the one thing he just could not bounce back from.  We doted and watched over him for months. Canceling plans or trading off when one of us needed to go somewhere because we didn’t want to leave him alone. Countless nights spent up with him because he was restless and needy, confused about what was happening to his body. Medicine round the clock, ice biscuits to help with the panting, spoon feeding him every meal. At first, because we felt sorry for him in his state but towards the end, just because he liked it so damn much. 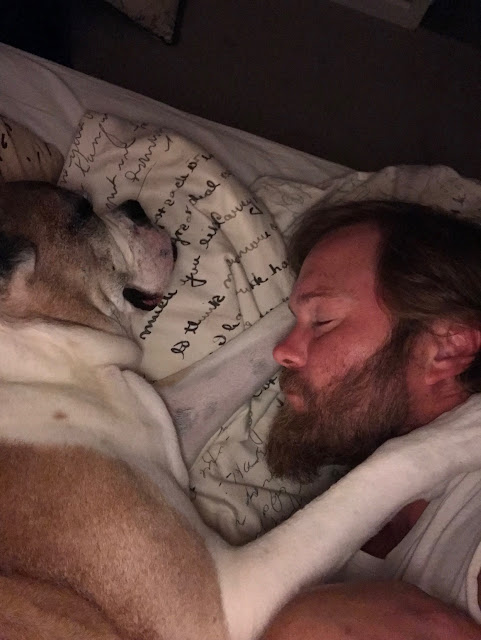 On his last day, we went for a walk, we had a picnic, we smothered him in kisses and love and we had the best day together with him. This was his last day on the farm with us and I like to think that he was smiling just as much as we were.  He died here on the farm, as it was meant to be. And his beautiful spirit lives on here. 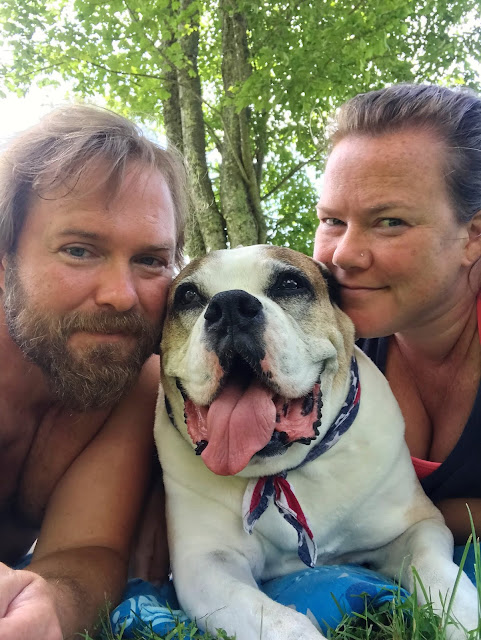 Email ThisBlogThis!Share to TwitterShare to FacebookShare to Pinterest
Labels: Love