In years past, I have been known as a Halloween scrooge.  I loathed Halloween.  My house was the dark house on the street.  Not a single light on in the house.  All the while, I'm camped out in the dark cursing the frolicking children on the street.  On a few occasion, I contemplated opening the door and letting Riley (aka Cujo) attack the little ghouls and goblins. 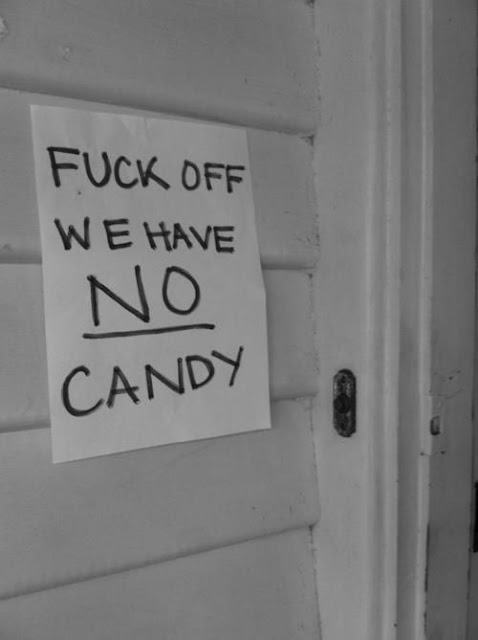 But, people evolve and I finally decided to stop being a scrooge and enjoy the hell out of Halloween.  My version of enjoying Halloween would definitely include libations (for myself and others) and we couldn't let the opportunity pass to scare the kiddies!

For starters, I decided that in addition to treating the kids with candy and chocolate, the adults deserved a little treat too.  They are the ones who have to schlep the kids around all night - shouldn't they be rewarded for that torture!?!  So, I threw some gummy bears in a big bowl and let them binge on vodka for about 4 days.  Drunken gummy bears! 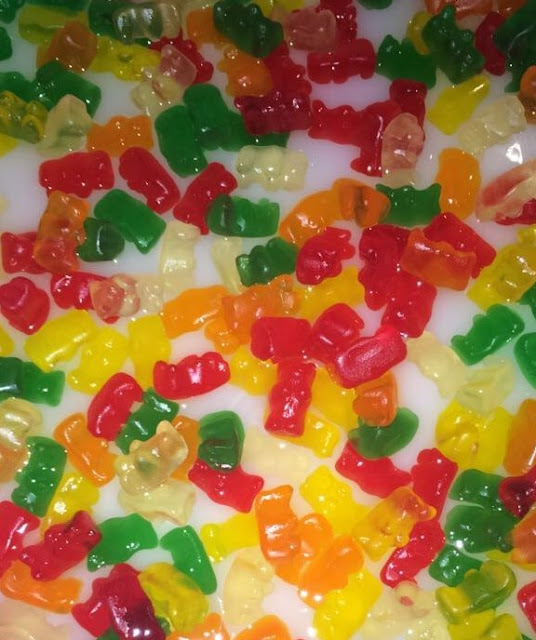 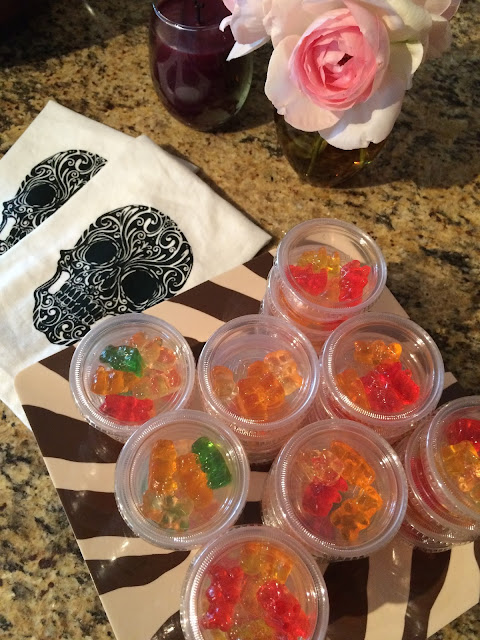 My costume of choice for the night was Day of the Dead Make-up and my usual black attire.  I convinced Ronnie to do my make-up and as it turns out, he's quite talented at it.  He continues to convince me of reasons to keep him around! 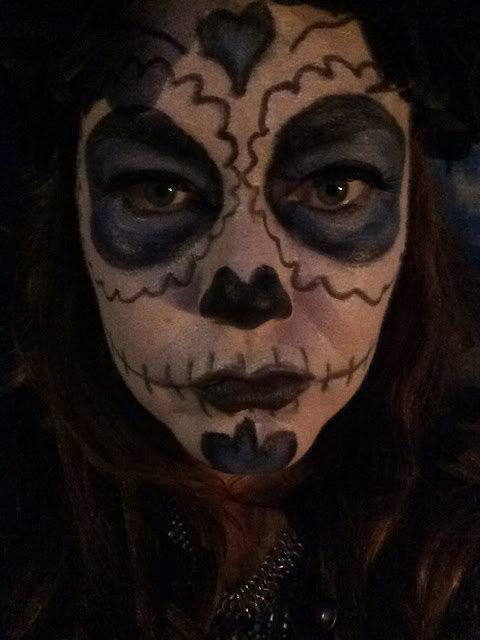 Although most of the kids were scared of me, in my opinion, the scary part was Ronnie dressed as Michael Myers from Halloween.  The funny thing is that more adults than kids were spooked by Ronnie slowly emerging from the bushes, walking towards them.  Kids have no appreciation for the classics these days. 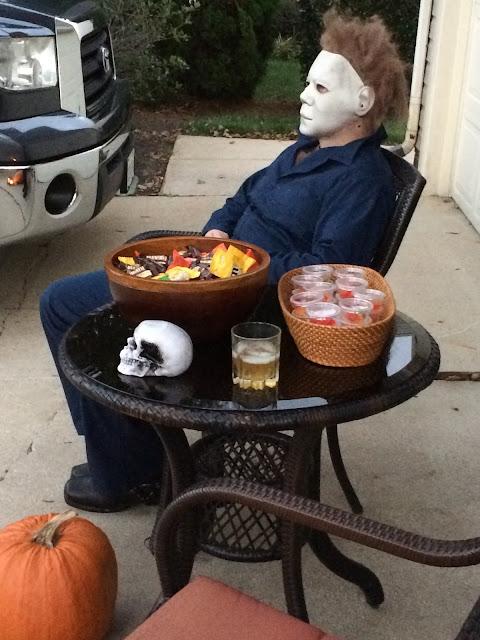 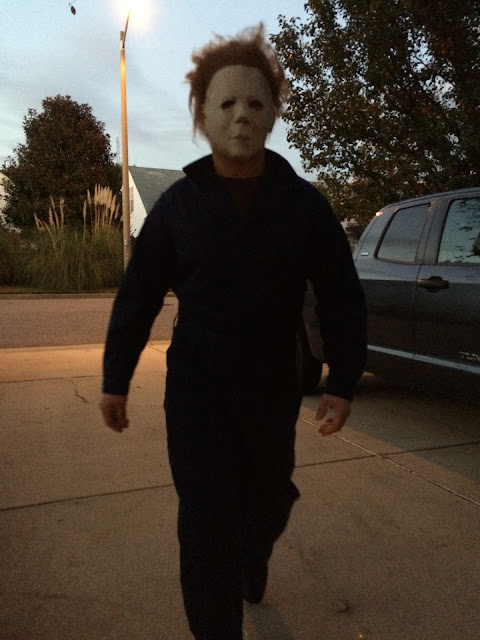 My niece and her boyfriend joined us this year and helped us celebrate the night.  Libations were had!  Kids ran screaming from us!  And, we finished off the night watching Rob Zombie's Halloween. 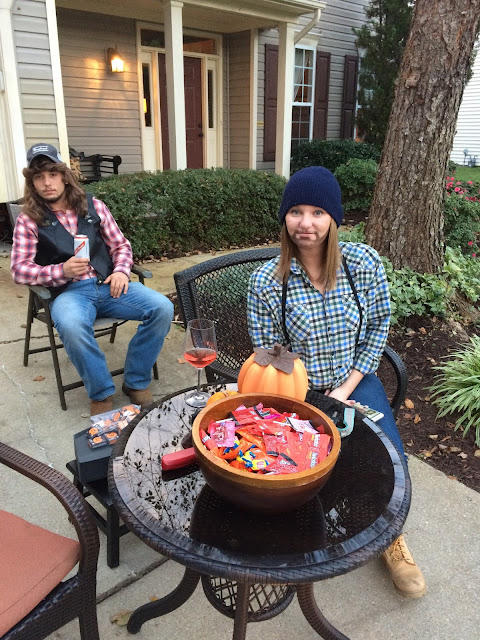 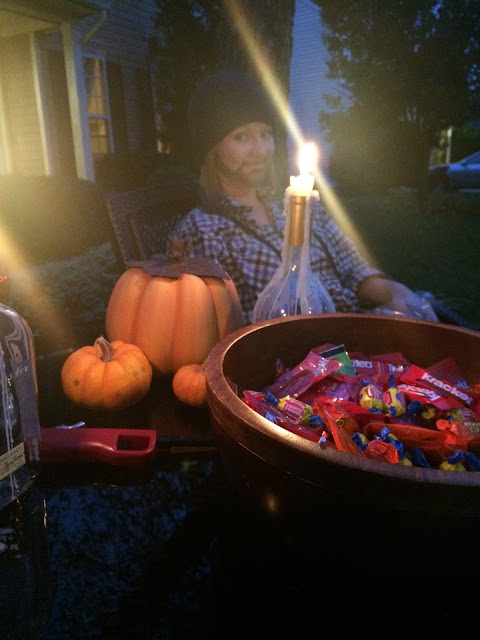 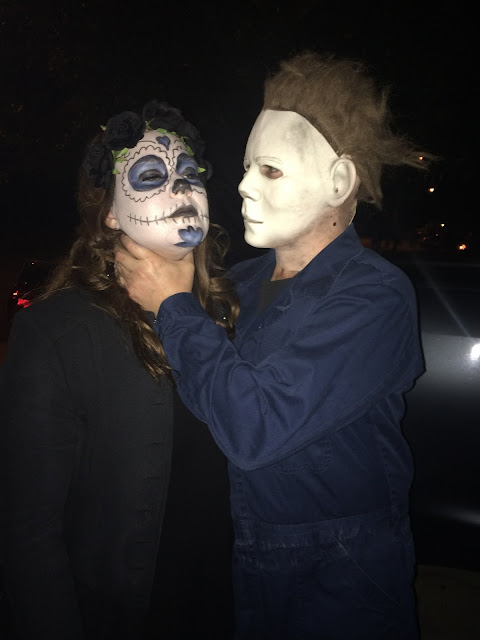 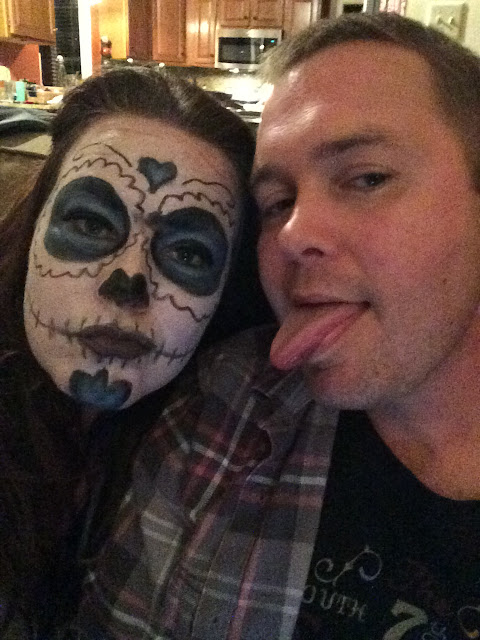 Email ThisBlogThis!Share to TwitterShare to FacebookShare to Pinterest
Labels: Live